The Conquerors from Rotaract Mora

Yoshani Ranaweera - Feb 13, 2020Comments Off on The Conquerors from Rotaract Mora1478

As written by Rtr. Samila Imbulana

The day was 9th of February 2020. The entirety of Colombo spanning from Colombo 1 to Colombo 15 was buzzing and excited for all the right reasons. The 7th edition of Conquer Colombo, organized by Rotaract Club of Achievers Lanka Business School was all set to take place in the city of Colombo. Conquer Colombo has over the years been one of the much anticipated and much-loved events of the Rotaract Calendar. And it is indeed one of my favorite events to participate in. Now for all those who don’t know, Conquer Colombo is a scavenger hunt happening all across Colombo. Although it sounds quite fun, I remind you this is by far one of the toughest and most challenging events you can take part in.

Myself, Rtr. Shasika and Rtr. Ravikula were no strangers to this action-packed event. Having taken part in the last two editions of Conquer Colombo (and failing miserably on both occasions), we decided to take a set of newbies this year. So, all together Rotaract Club University of Moratuwa had two teams including myself,  Rtr. Shasika, Rtr. Ruwini and Rtr. Chamuditha teaming up to make team “Moratu Yakku” while Rtr. Ravikula, Rtr. Nishika, Rtr. Lakith and Rtr. Yasiru formed team “Cool Kids”. As expected, the newbies were a little confused but excited for the event. Our sole objective was to complete as many challenges as possible while having our share of fun.

The event kick started in its own dramatic way and all 126 teams rushed to their vehicles and started traversing all over Colombo while solving the clues that were given to them. The competition consisted of 3 stages, each stage consisting of 6 challenges and they had to be completed within a time duration of two hours. Each challenge consisted of some of the craziest and most diverse set of tasks you could ever think of. What was amazing was that these challenges were made to test our team working skills as opposed to testing our personal skills. From Kayaking to eating burghers in 40 seconds to solving puzzles at an Escape Room, these challenges were quite amazing. I personally enjoyed Kayaking the most since I and Rtr. Shasika almost ended up in the Indian Ocean as we had zero knowledge about riding a boat. If I were to take you through all the challenges, it would take all day. All in all, it was an amazing experience and I believe all of us were able to learn a lot about ourselves.

The day came to an end with the prize giving of Conquer Colombo 2020 and team “Ali’s Army” ended up becoming the Conquerors of Colombo. Our very own teams, “Moratu Yakku” and “Cool Kids” ended up securing the 17th and 70th places respectively. I believe a massive respect and a shutout should be given to the amazing Rotaractors from Rotaract Club of Achievers Lanka Business school. The level of planning and the execution was spot on and the hard work from the organizers was truly breathtaking. And surely there’s so much that we all can learn from the caliber of work that these young lads have put in.

Over my brief 3 year time at Rotaract, I have been privileged to take part in some of the most remarkable Rotaract Projects done from clubs all over Rotaract District 3220. I assure you, Conquer Colombo is up there with the very best.

Conquer Colombo was amazing and the memories we made will be cherished for a life time to come.

The Conquerors from Rotaract Mora will be back for more in 2021!

Next PostCeylon Safari 2019 - An Expedition around the Pearl 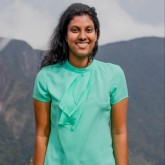 A milestone of continuing the legacy

Will everything be the same as before?

World after the COVID-19 Pandemic