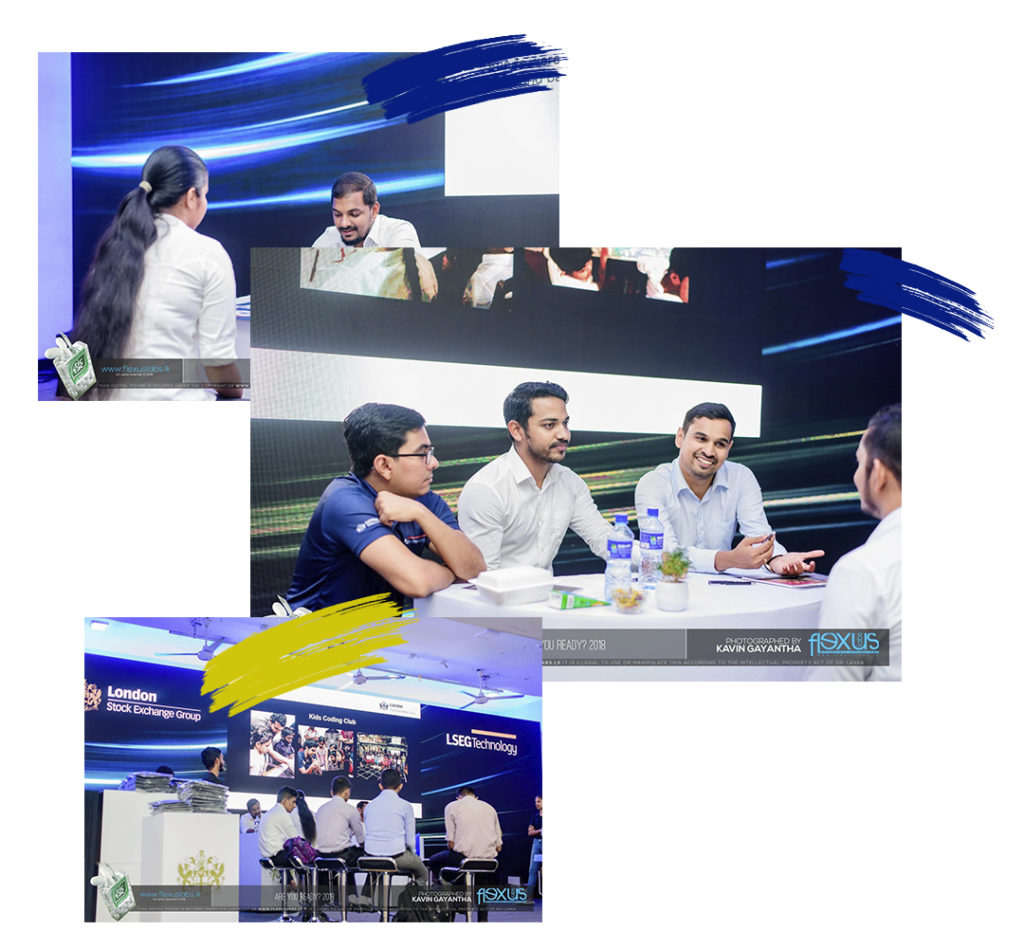 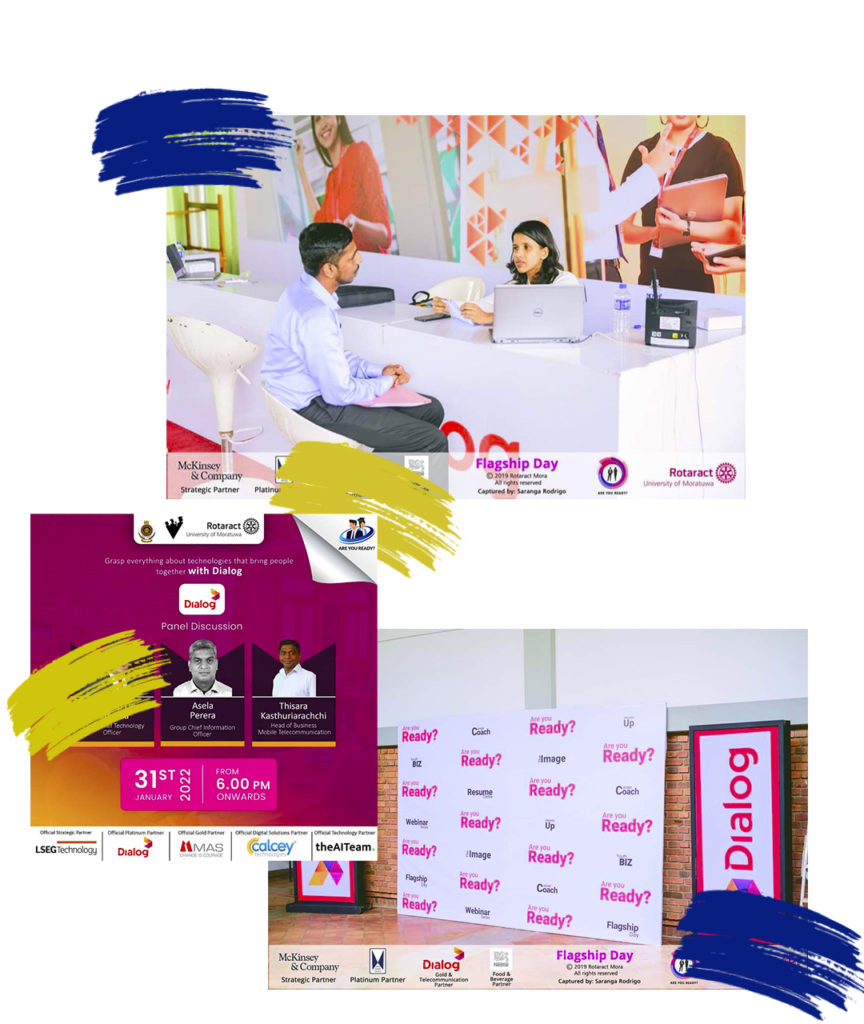 Dialog is one of the world’s oldest and largest telecommunications service providers, and the country’s largest mobile network operator with 17.1 million subscribers which amounts to 57% of the Sri Lankan mobile market. In June of 2005, Dialog was listed on the Colombo Stock Exchange. Dialog Axiata is the fifth-largest listed business in Sri Lanka, with a market value of LKR 86.3 billion (US$573 million) as of February 2017. In 2015, business magazine LMD ranked “Dialog” as the third most valuable brand in the country, with a value of LKR 28.6 billion (US$204 million). For the fourth year in a row, the company got the highest “Platinum” grade in the country’s Corporate Accountability Index.

MAS Holdings, the largest apparel and apparel tech company in South Asia, is among the most recognized design-to-delivery solution providers in apparel and textile manufacturing. Home to a community of over 118,000 people, today, MAS spans across manufacturing plants in 17 countries, with established design locations placed in key style centers across the world. Catering to the demands of a dynamic and ever-changing industry, the MAS portfolio has expanded exponentially; into wearable technology, FemTech, start-ups, logistics and fabric parks worldwide. 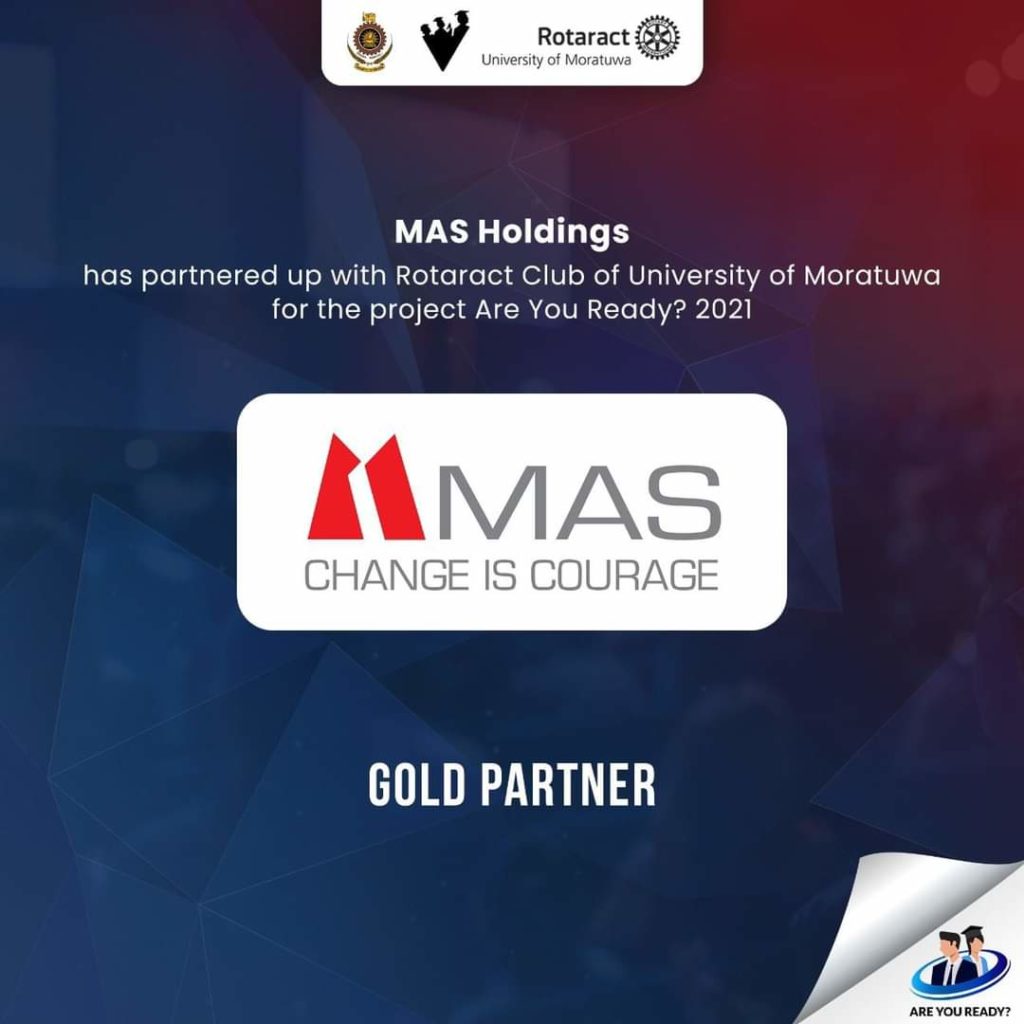 Creative Software is a pioneer in giving rise to innovative identities around the globe and experimenting with the subtleties of the technological world in the quest for ingenious dimensions of ever-evolving technology. It’s a prominent company in Sri Lanka’s software industry that furnishes project-based software development and maintenance services through the association of skilled software engineering teams. Over the past two decades, it has attained Sri Lanka and internationally in procuring the highest quality service through knowledgeable individuals. They’re delivering their assistance in numerous sectors are like construction, logistics, healthcare, e-commerce and e-learning, mobile workforce etc. Mr. Sajith Peiris, Mr. Johann Senaratna, Mr. Jonas Bridgwater, and Mr. Sushena Ranatunga are the co-founders of this massive company in the software industry. 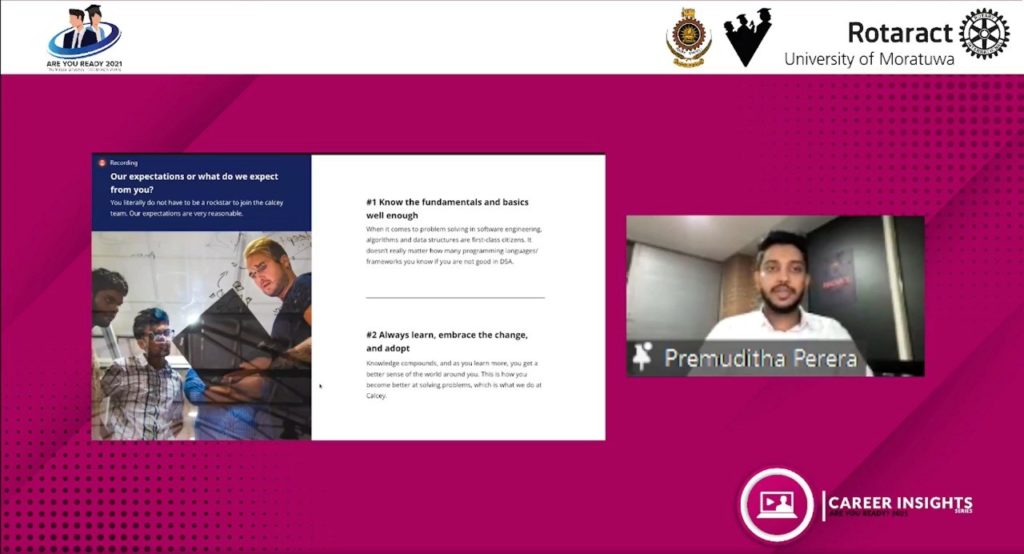 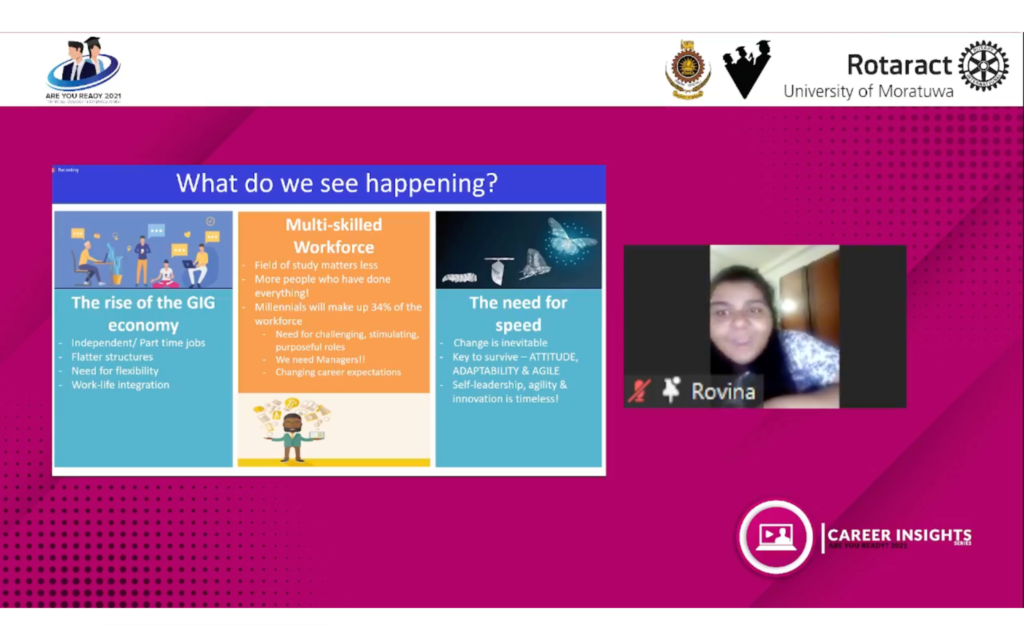 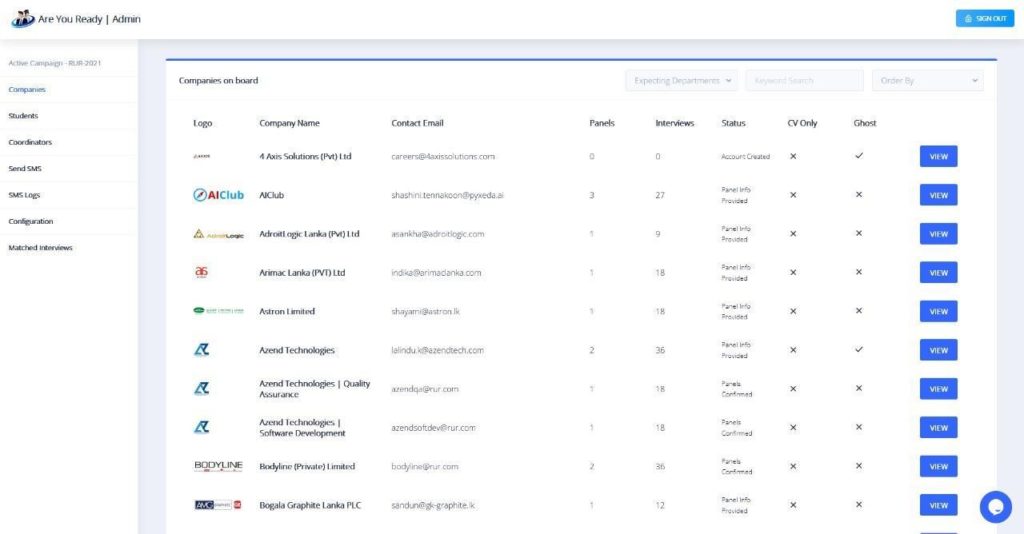 With numerous selfless services, which are mainly focused on uplifting others’ spirits, Rotaract Club of University of Moratuwa always takes a step forth in carrying out multiple initiatives. Are You Ready 2021, one of the most prominent landmarks in the university calendar, is the official career fair of the university organized by the Career Guidance Unit of the university and Rotaract Mora.  Moving with the global pandemic, Rotaract Mora made the stage ready for a virtual career fair for the second consecutive year.

With everything planned to go virtual, a solid platform to serve as the hub of the career fair became the most crucial thing this year. Thus, keeping one extra step, Rotaract Mora once again partnered with The AI Team as the Technology Partner of Are You Ready 2021.

Unveiling to you is such a story which came to a grand ending thanks to the efforts of many individuals. Data Storm 3.0 is an Advanced Analytics competition organized by the Professional Development Avenues of Rotaract Clubs of University of Moratuwa, and the Faculty of Science, University of Colombo, in partnership with OCTAVE, the Data and Advanced Analytics Centre of Excellence of the John Keells Group.

As we all witnessed, the third episode of Data Storm was an immense success, with nearly 300 delegates on board for the webinar series and the competition. After almost two and half months of Data Storm 3.0 journey, five super teams, Binary Trio, Data Dreamers, Team Pan, Decision Makers, and Team Ares, emerged as the finalists of this Sri Lanka’s premier Advanced Analytics competition. Data Storm never became a traditional datathon, also while contestants got the opportunity to interact with the industry professionals and learn from them while preparing for the competition. So to those who wonder how this is even possible, let us share the story of the powerhouse behind Data Storm 3.0. 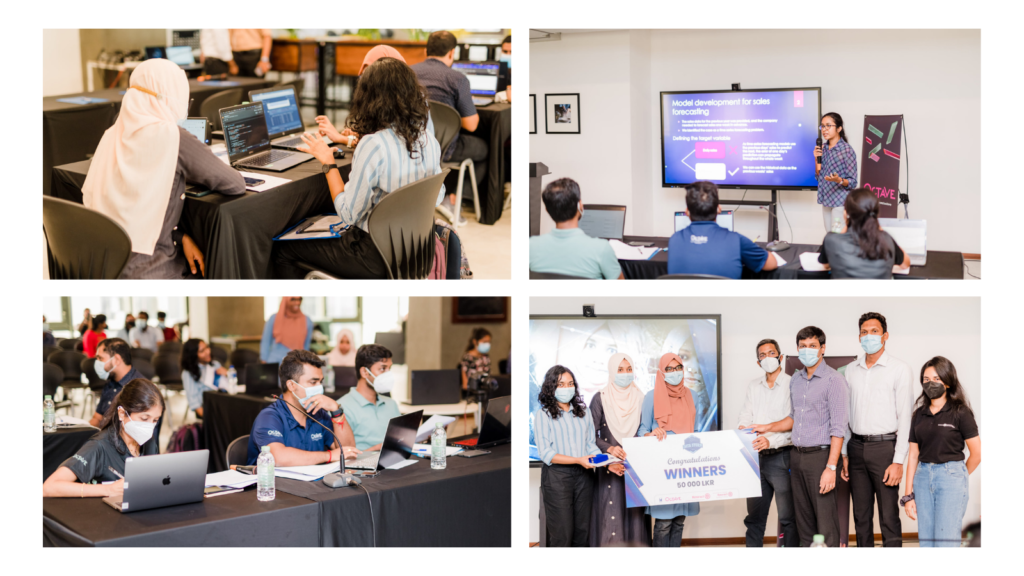